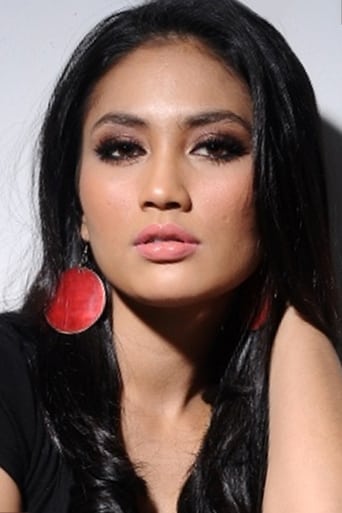 Nur Fasha Sandha binti Hassan or commercially known as Fasha Sandha is a Malaysian actress who has appeared in movies, television shows, and commercials. She was born in Johor Bahru, Johor, but moved to Penang, She then transferred to Kuala Lumpur, and later to Perlis due to her father's work. She was married to Rizal Ashram. They have two children together. Since graduating from the Kuala Lumpur-based Institut Kebudayaan Negara in 2002, she has appeared in movies Black Maria, Bujang Senang, Gong and Cicak-Man. Sandha was named most popular new actress in the 2005 Anugerah Bintang Popular for her performance on television drama Natasya. She won again 2011 Anugerah Bintang Popular for her outstanding acting in Chinta (TV Series) beating the other nominees, Tiz Zaqyah and Lisa Surihani. She is also famous for her best-selling novel, Sumpahan Fasha (Fasha's Curse). In 2007, she was appointed as the Maybelline ambassador, succeeding Siti Nurhaliza.