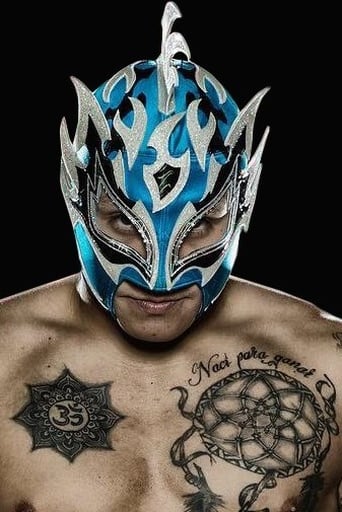 s a Mexican luchador enmascarado, or masked professional wrestler. After originally starting his career on the Mexican independent circuit in April 2006, he signed with Asistencia Asesoría y Administración (AAA). He has wrestled in Japan for Pro Wrestling Noah and Pro Wrestling Wave. He has wrestled for various promotions in the United States, including Pro Wrestling Guerrilla and Impact Wrestling. His real name is not a matter of public record, as is often the case with masked wrestlers in Mexico, where their private lives are kept a secret from the wrestling fans. Professional wrestling career Fénix started his professional wrestling career in 2005, working as Máscara Oriental ("Oriental Mask") on the Mexican independent circuit in places like Puebla, Pachuca and Querétaro. He was eventually also invited by Blue Demon, Jr. to work for his NWA Mexico and by Crazy Boy to work for his Desastre Total Ultraviolento (DTU) promotion, before getting the opportunity to work for Asistencia Asesoría y Administración (AAA), one of the top two promotions in the country. On October 7, 2012, at Héroes Inmortales, Fénix received his first title opportunity in AAA, when he and Lolita unsuccessfully challenged Alan Stone and Jennifer Blake for the AAA World Mixed Tag Team Championship in a four-way match, which also included the teams of Atomic Boy and Faby Apache and Halloween and Mari Apache, who went on to win the match. On November 3, Fénix entered a tournament to determine the inaugural AAA Fusión Champion, defeating Dark Dragon, Drago and Toscano in his first round four-way match. Before the finals of the tournament, Fénix also received a shot at the AAA Cruiserweight Championship in a six-way ladder match at Guerra de Titanes on December 2, but was defeated by Los Perros del Mal member Daga. On March 17, 2013, at Rey de Reyes, Fénix gained a measure of revenge on Daga, when he defeated not only him, but also Crazy Boy and Juventud Guerrera in a four-way elimination finals of the tournament to become the first-ever AAA Fusión Champion. On June 16 at Triplemanía XXI, Fénix teamed with Drago in a five-way tag team match for the vacant AAA World Tag Team Championship, from which the two were the last team eliminated by the Mexican Powers (Crazy Boy and Joe Líder). On August 18 at Héroes Inmortales VII, Fénix entered the 2013 Copa Antonio Peña, defeating El Mesías, Monster Clown and Silver King in his first round match. Later that same event, Fénix was defeated by La Parka in the finals, a four-way match, which also included Chessman and El Hijo del Fantasma. On March 16, 2014, at Rey de Reyes, Fénix won his first Lucha de Apuestas, when he won an eight-man Domo de la Muerte, saving his own mask and forcing Steve Pain to have his head shaved. On August 17 at Triplemanía XXII, Fénix put his AAA Fusión Championship on the line in a ten-way championship unification match contested also for the AAA Cruiserweight Championship. The match was eventually won by El Hijo del Fantasma. Fénix was then announced as one of five AAA wrestlers to star in the new El Rey program Lucha Underground, set to premiere on October 29.