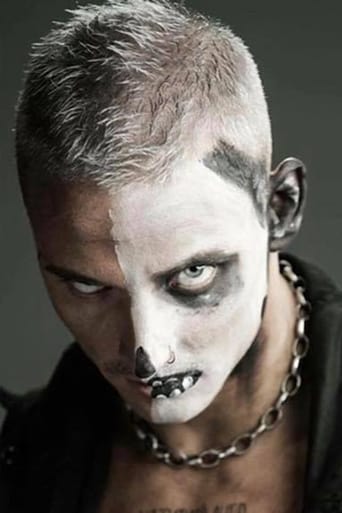 Darby Allin is an American professional wrestler currently signed to All Elite Wrestling (AEW). Allin is best known for his appearances in World Wrestling Network promotions, wrestling in a high profile position in Evolve. Allin debuted for World Wrestling Network at Evolve 59 in April 2016, losing to Ethan Page.At Evolve 74, Allin was defeated via countout by Brian Cage after Cage had powerslammed Allin over a barricade. Allin made his Style Battle debut in January 2017, losing to Dave Crist.Allin made his Full Impact Pro in early 2017 at FIP Everything Burns, losing a Fight For All match. On the same show, Allin, along with AR Fox, Dave Crist and Sami Callihan defeated Sammy Guevara, Dezmond Xavier, Jason Kincaid and Jason Cade. At Evolve 93, he was defeated by DJ Z. in January 2018, Allin faced Zack Sabre Jr. for the Evolve Championship at EVOLVE 98, in a losing effort On August 30, 2018, it was announced that at Evolve 113, Allin would be facing WWE NXT superstar, The Velveteen Dream. At Evolve 113, Allin was defeated by Dream. At Evolve 116, Allin was defeated by Mustafa Ali. At Evolve 117, Allin was defeated by Kassius Ohno The next night at Evolve 118, Allin was defeated by Roderick Strong. During WrestleMania 35 weekend he wrestled his last match for Evolve at Evolve 125. He also wrestled at WWN's Westside Xtreme Wrestling (wXw) Amerika Ist Wunderbar and WWN Supershow Mercury Rising that weekend. That same weekend it was revealed he was going to be ending his three year relationship with Evolve and WWN On June 3, 2018, Allin made his Lucha Libre AAA Worldwide debut at Verano de Escándalo (2018) in a 6-Way Match which was won by Aerostar. Other competitors in the match included Drago, Sammy Guevara, Australian Suicide, and Golden Magic. On March 14, 2019, Allin was announced as a participant in the Progress Wrestling Super Strong Style 16, making his United Kingdom debut in the process. All Elite Wrestling (2019–present) Less than a week after leaving WWN, on April 12, 2019 it was revealed that Allin would be a roster member of the newly launched All Elite Wrestling (AEW). He is scheduled to wrestle against Cody Rhodes at AEW Fyter Fest in June.