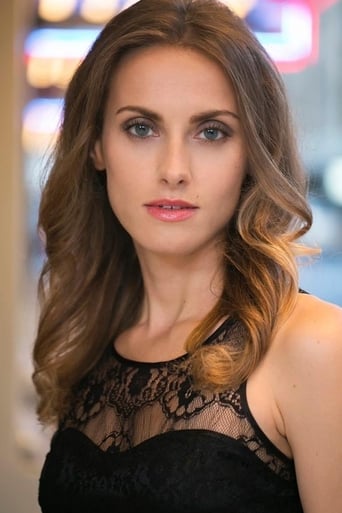 Olga Kalashnikova is an American actress born in Belarus, to a Ukrainian-born mother Liudmila, and a Belarusian-born father Aliaksandr, and is fluent in Russian. Her mother is a former college professor of ethics, esthetics and the Russian language, who instilled in Olga a taste for arts, fashion and European sophistication. Olga’s father was an electronics engineer and a computer scientist who wore Levi’s jeans, owned a collection of The Beatles' records, and passed his sense of humor on to Olga and her younger brother Dzmitry. During her years in Belarus, Olga studied arts and languages and was on her high school’s swim team. She started studying English at the age of six. When she was nine, she was among the first children from Belarus to go abroad and spend a year living with a host family in Ireland. That’s where she was first introduced to theater at a local school. She recalls with laughter that her first lines, "From Prince? Ahhh! Give it to me!" were delivered in an Irish accent at the school's Cinderella production. But it wasn’t until Olga won a merit-based scholarship to attend Minsk State Linguistic University that she tried her performing skills on stage again. In college, Olga joined the "KVN" comedy club and became a comedy show host for two years. Her self-made character was a sexy-geeky student of linguistics, and her seductive manner of delivering jokes was infamously copied throughout college. (olgakalashnikova)

Born:
In Belarus
Movie/TV Credits:
6
First Appeared:
In the movie The Cleaner and the Deadman
Latest Project:
Movie Three Days of Klava Grachova 2018-11-04