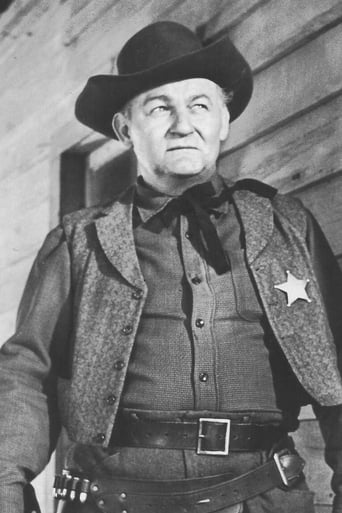 From Wikipedia, the free encyclopedia. Emile Meyer (August 18, 1910 – March 19, 1987) was an American actor (born in New Orleans) usually known for tough, aggressive, authoritative characters in Hollywood films from the 1950s era, mostly in westerns or thrillers. He provided such noteworthy performances as Ryker in Shane (1953), as Father Dupree in Paths of Glory (1957) and the corrupt cop in Sweet Smell of Success (1957). He appeared in an episode of the 1961 series The Asphalt Jungle. He also appeared on television, including a guest spot on John Payne's The Restless Gun and as a truculently stubborn juror opposite James Garner in the 1957 Maverick episode "Rope of Cards." His guest appearance on the "Restless Gun" episode "Man and Boy" in 1957 included filming on the Iverson Movie Ranch in Chatsworth, Calif. His final film role was in The Legend of Frank Woods (1977). Description above from the Wikipedia article Emile Meyer, licensed under CC-BY-SA, full list of contributors on Wikipedia.