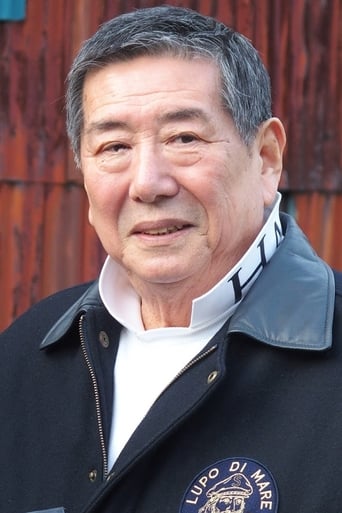 Ose Koichi was born 27th October 1937 in Yokohama. His real name is Ose Kazunari. He graduated from Keio University School of Foreign Languages. In 1952 he entered the Daiei film company (they made Rashomon among other films) and appeared in a number of films. In 1958 he starred in the TV series Gekko kamen where he gained tremendous popularity with children as the mysterious masked hero. This series was made by Senkosha Productions and directed by Funatoko Sadao. Its two theme songs became big hits. Next he was directed by Funatoko in Jaga no me which proved to be another hit. Then came The Samurai which further increased his popularity with the younger set. Throughout the 60s he appeared in various movies apart from the two Samurai spin-offs, some period pieces and gangster films. He also appeared on stage. In 1969 he retired from acting and from 1971 he concentrated on the management of an acting agency and in 1977 finally left show business altogether. He now runs a promotion and property company that includes a chain of noodle shops. In April 1964 he married actress, Hizuru Takachiho and they have one son, Yasuhiro, born in October 1965. Ose had his share of accidents, falling and injuring himself during some swordplay at a theatre. He now lives in Tokyo and is an expert in iaido.